The Alzheimer Society of Calgary and the Gordie Howe C.A.R.E.S. Center for Alzheimer’s Research and Education Society are pleased to announce a multi-year, $825,000 partnership that will increase knowledge and capacity in the community to support local people impacted by dementia. 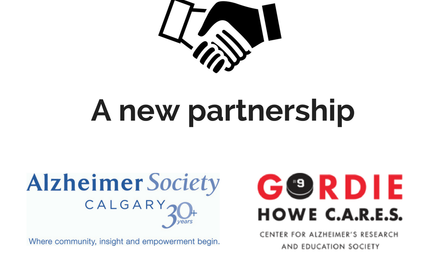 The collaboration will see Gordie Howe C.A.R.E.S. investing in Alzheimer Society of Calgary core programs at a time when the need is growing, to broaden the reach of professional and community education and build greater awareness around Alzheimer's disease and related dementias.

The partnership will also support Dementia Network Calgary initiatives in 2018, to bring the community together to tackle larger social and systemic issues for people impacted by dementia.

“Our namesake, hockey legend Gordie Howe, said we all have a role to play to reduce the impact of dementia, that we all have to ‘take a shift’,” says Allan Klassen, Board Chair of Gordie Howe C.A.R.E.S.. 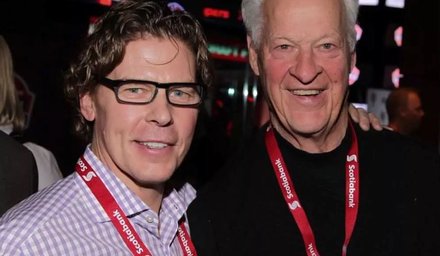 “As our organization works towards its long-term vision of building a Center of Excellence for Dementia Care in Calgary, we’re excited to team up with the Alzheimer Society of Calgary to provide resources for the community over the next three years that have tangible, immediate impact.”

The collaboration came about through a shared goal of improving the lives of people living with dementia and their caregivers. It will see the creation of online dementia education tools, expanded professional dementia training for audiences such as first responders, recreation facilities and social workers, and evidence-based creative programming to benefit people with dementia (click here to learn more about one of those programs, Opening Minds Through Art™). 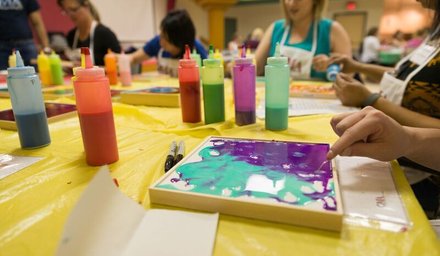 Failure-free creative projects for people with dementia that boost confidence and help form intergenerational bonds are just one of the many innovative, evidence-based programs this partnership will help fund.

“The need around dementia is rising faster than any one organization can address. This partnership means that the critical needs of local people will be better supported at such a crucial point in time.” says Barb Ferguson, Executive Director of the Alzheimer Society of Calgary.

Every day, approximately eight more Calgarians are diagnosed with some form of dementia.  Dementia prevalence rates are expected to double within the next two decades.  And in just the past two years alone, the Alzheimer Society of Calgary has seen a doubling in the number of people accessing our services. 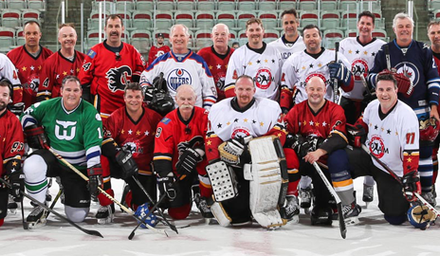 A shot of players (who raise funds to participate) and NHL Alumni from this year's Gordie Howe Cares Pro-Am tournament (2017).