You are here: Learn / Types Of Dementia / Mixed Dementia

What are the symptoms?

Mixed dementia symptoms may vary, depending on the types of brain changes involved and the areas of the brain affected. In many cases, symptoms may be similar to (or even indistinguishable from) those of Alzheimer’s disease or another type of dementia. In other cases, a person’s symptoms may clearly indicate the existence of more than one type of dementia.

How common is Mixed Dementia?

Autopsy studies looking at the brains of people who had dementia suggest that a most of those aged 80 and older probably had “mixed dementia,” caused by processes related to both Alzheimer’s disease and vascular disease. In fact, some studies indicate that mixed vascular-degenerative dementia is the most common cause of dementia in the elderly.

Researchers are still working to understand how underlying disease processes in mixed dementia influence each other. It is not clear, for example, if symptoms are likely to be worse when a person has brain changes reflecting multiple types of dementia. However, the prognosis
or treatment outcome is likely to be poor if there are multiple disease processes taking place simultaneously in the person.

We are also not certain if a person with multiple dementias can benefit from treating one type, for example, when a person with Alzheimer’s disease controls high blood pressure and other vascular disease risk factors. Nevertheless, the more we get other health conditions under control, the better the treatment outcome for the person may be.

Although mixed dementia is not a common diagnosis, many researchers believe it deserves more attention. This is because the combination of two or more types of dementia-related brain changes may have a greater impact on the brain than a single type. Evidence suggests that the presence of more than one type of dementia-related change may increase the chances a person will develop symptoms. In fact, having symptoms of more than one type of dementia increases the odds of being diagnosed by more than three times.

How is it diagnosed?

What kind of treatment is available?

Currently, there aren’t any pharmaceutical drugs available that are specifically targeted to treating mixed dementia. In situations where the physician considers Alzheimer’s disease to be among the conditions contributing to a person’s dementia symptoms, they may prescribe the medications intended for Alzheimer’s disease treatment.

Many researchers believe that by increasing our understanding of mixed dementia, coupled with recognizing that vascular changes are the most common coexisting brain change, we may reduce the number of people who develop dementia. Controlling our risk factors for diseases of the heart and blood vessels (like blood pressure, cholesterol levels, body weight and diabetes) may also protect the brain from vascular changes. 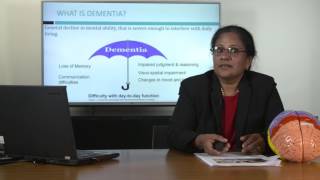 Video: "Understanding Dementia and Brain Health", a video primer about these diseases 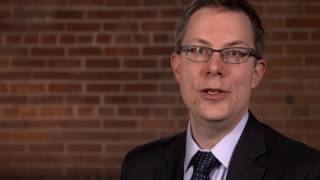